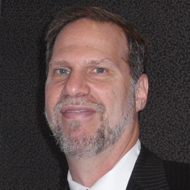 Ken Pollet is the Principal and Founder of Answer Human Assets, a company that for the past ten years has provided outsourced human resource support to small and mid-sized companies. Ken has over 20 years of successful management and technical experience having managed major organizational changes including start-ups and re-organizations, both domestically and internationally.

After beginning his career in technology with companies such as New York Life, Informatics General Corporation (contractor for IBM) and Bank of New Zealand, Ken was hired by Banco Santander as Head of Technology. He was quickly promoted to Vice President of Operations and later named Vice President of Human Resources. In this position, he was responsible for all aspects of Human Resources and Facilities for Banco Santander’s operations in the United States. When Ken helped Banco Santander become one of the first foreign banks to be granted the right to operate as an investment bank in the United States, he became responsible for all aspects of Human Resources for Santander Investment Securities. In addition to his domestic responsibilities, Ken played a significant role in the initiation and development of a variety of global programs in areas such as compensation, long-term incentive programs, expatriate policies and human resources information systems. Ken was also responsible for overseeing the construction of a nineteen story office tower in midtown Manhattan which serves as the U.S. Headquarters for Banco Santander.

Through his work with the Santander Group, Ken enhanced his knowledge of human resources for the financial services industry. In 2000, after twelve years with Santander Group, he founded Answer Human Assets (AHA). Since that time, AHA has been functioning as the “HR Department” for a variety of domestic and international clients, handling day- to-day operations such as payroll, benefits administration and employee relations as well as partnering with management on a variety of issues such as right-sizing, evaluation processes, prevention of sexual harassment and benchmarking. AHA’s other areas of expertise include compensation, long term incentives, succession planning, staffing and training. In addition to the services available for domestic companies, AHA offers a variety of specialized services for international businesses including the development of relocation packages, move coordination, cross-cultural training and visa processing.

Ken is a graduate of Bernard M. Baruch College with an MBA in Finance. He lives in New Jersey with his wife and two children. He is a member of the Society for Human Resources Management and the French American Chamber of Commerce.